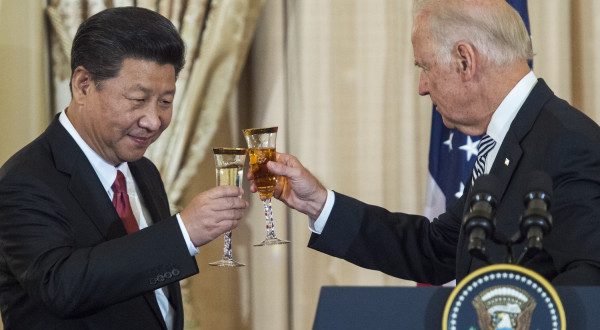 US Vice President Joe Biden and Chinese President Xi Jinping toast during a State Luncheon for China hosted by US Secretary of State John Kerry on September 25, 2015 at the Department of State in Washington, DC. AFP PHOTO/PAUL J. RICHARDS (Photo credit should read PAUL J. RICHARDS/AFP via Getty Images)

US 2020: After days of silence, China finally congratulates Biden

After some days of silence, China; the country that Trump’s administration has been waging trade war against has congratulated  United States President-elect Joe Biden and his running mate Kamala Harris on their election success.

“We congratulate Mr. Biden and Ms. Harris. At the same time, we understand that the outcome of this US election will be ascertained in accordance with US laws and procedures,” he said.

Recall that four days ago, Wang had dodged CNN  questions  when China would congratulate the US President-elect.