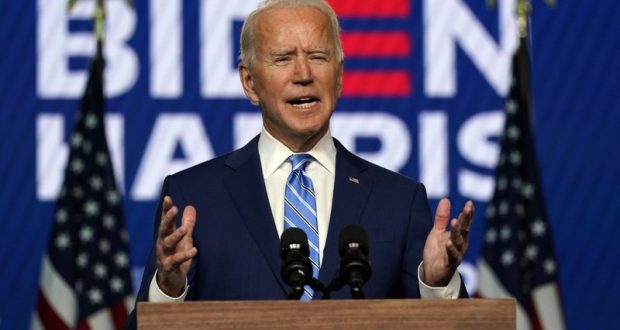 Biden was leading in Nevada where 8.5 per cent of the votes had been counted.

He is projected to win the state which Hillary Clinton, the Democratic candidate in 2014, won by 2.4 points.

President Donald Trump has challenged the votes count in Michigan and Wisconsin which all major news media called for Biden.

Trump earlier yesterday said he would head for the Supreme Court to challenge the results. He declared himself winner and alleged irregularities. Nevada, which holds the ace to Biden’s victory, suspended the final tally till later today. A win for Biden in Nevada will seal his victory.

Trump’s initial large lead in Georgia, Pennsylvania and North Carolina were significantly narrow and and more votes were counted giving an indication that Biden could win and extend his Electoral College Votes margin

Previous: US 2020: Campaign Manager says Trump will demand recount of votes
Next: INEC to kick-start e-voting with Anambra guber poll