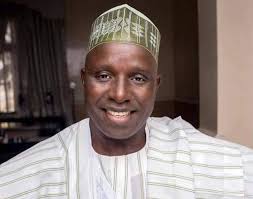 The Senator representing Plateau North in the National Assembly, Istifanus Gyang, has described the refusal by the All Progressives Congress senators to admit Electronic Transmission of election results in the Electoral Act Amendment Bill as scoring an own goal.

The also said their action has put them on the wrong side of history, as they have denied the nation an opportunity to “sanitise and bestow credibility on the electoral process”.

This underhanded manipulation has been of great concern to Nigerians as many groups/civil society organisations have been expressing displeasure about the planned removal of the aforementioned.

Gyang through his Special Assistant Media and Protocol, Musa Ibrahim Ashoms, said only two PDP Senators voted in favour of the removal.

Gyang said, “The Senate at its sitting of Thursday 15/07/21 considered and passed the Electoral Act Amendment Bill which among others, provided for Electronic Voting and Electronic Transmission of election results in Section 52 (1-3) as a means of engendering credibility to the electoral process and facilitating free and fair election.

According to him, “Voting became contentious on Section 52(1-3) giving rise to the invocation of the Senate Rule on Division where Senators had to indicate by name where they stand either for or against the provision in Electronic voting and electronic transfer of election results.

“For the avoidance of doubt, the recommendation of the Senate committee on INEC that was voted upon, being Section 52(1-3) reads,

Voting at an election under this Bill shall be by open secret ballot,” he explained.

He added that, “Section 52(2)- Voting at an election under this Bill shall be in accordance with the procedure determined by the Commission, which may include electronic voting.

“Section 52(3)-The Commission may transmit results of the elections by electronic means where and when practicable”, he maintained.

Gyang, however, said, himself along with PDP Senators with the exception of only two, voted in favour of the above provision which clearly supports “electronic voting and electronic transfer of election results. Senators of the APC opposed and voted against the recommendation of the committee as contained in Sec 52(3) of the report”.

The lawmaker, who is the Deputy Chairman Senate Committee on Defence, further stated that, “The refusal of the APC Senators to pass the provision of Section 52(3) was an own goal which has put them on the wrong side of history and denied the country an opportunity to sanitize and bestow credibility on the electoral process.”