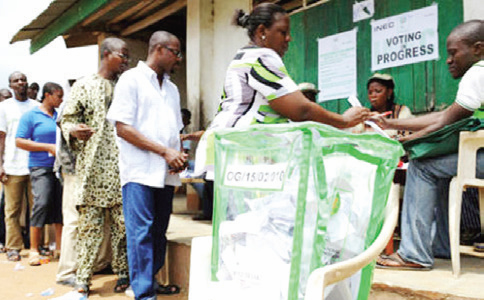 Voting in progress in Akwa-Ibom rerun amid tight security

It was revealed that polling started as early as 9 a.m.

It was observed that security was tight as they were more in numbers than the voters who turned out to cast their votes.

Speaking to one of the polling officers, who is a Corps member, Mr Tunde Adeyemi, he said that materials arrived early and voting began at the unit by 8.30 a.m.

He said that there was no challenge as the card readers were working optimally.

However, NAN observed also that there was no All Progressives Congress (APC) agents in some of the polling stations visited in Essien Udim LGA.

At ward 9 unit 30, the electoral officer. Mrs Anietie Udo, said the exercise was peaceful as voters were orderly.

She said that the only challenge encountered was the ink pad and it was improvised.

NAN reports that the APC State Chairman, Mr Ini Okopido, on Friday announced the withdrawal of the party from the elections.

Okopido alleged that the Resident Electoral Commissioner, Mr Mike Igini, had been bias to the APC and as such the party would not participate in rerun.

NAN observed that no restriction of movement in some parts of Essien Udim Local Government Area as market people and vehicles were moving normally. (