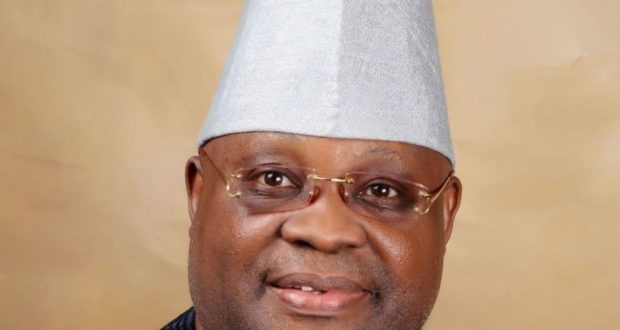 The hearing of an appeal filed by Sen. Ademola Adekele, PDP Candidate for Osun State in the September 2018 governorship election challenging his disqualification has again been stalled in Court of Appeal, Abuja.

Theappellate court on April 25 adjourned hearing on the appeal on account of improper service.

At the resumed sitting on Thursday, similar situation resurfaced as the complete processes were not before the Justice Abubakar Yayaha led-panel to commence hearing on the appeal.

Yahaya went ahead to adjourn the matter until May 8 in spite of the court’s indulgence in abridging time to admit some interlocutory applications.

Yahaya said the matter could not on because of a pending Notice of Appeal filed by the PDP on the same matter.

“We are not going to consolidate the appeals, but it is only proper for us to hear all the appeals on similar subject matter on the same day.

“We have seen that most of the processes have been exchanged but the PDP appeal against the judgment challenging the appellant’s qualification to contest the Osun Governorship election must be heard alongside Adeleke’s appeal.

“In the circumstance, hearing on Adeleke’s appeal and the PDP’s appeal marked CA/A/326/2017 is adjourned until May 8.

”The hearing notice should by served on the Independent National Electoral Commission (INEC)’’, Yahaya said.

Adeleke has approached the appellate court to challenge the decision of Justice Othman Musa of the FCT High Court in Bwari, Abuja made April 2, which invalidated his status as PDP governorship candidate.

Wahab Raheem and Adam Habeeb, both of the Osun Chapter of All Progressive Congress (APC) instituted the suit.

They accused the appellant (Adeleke) of not possessing the requisite educational qualification to contest the election.

The trial court’s findings showed that the appellant was admitted into Ede Muslim High School, Ede, Osun State in 1976, but without a record showing that he graduated.

The court also found that the results appellant attached to INEC’s form CF001 contradicted the one presented to the court by the Principal of Ede Muslim High School where he claimed to have graduated.

Meanwhile, Adeleke has since been returned as duly elected governor of the state by the Osun State Election Tribunal. The tribunal’s decision is however being challenged by the incumbent governor, Adegboyega Oyetola, APC candidate in that election.