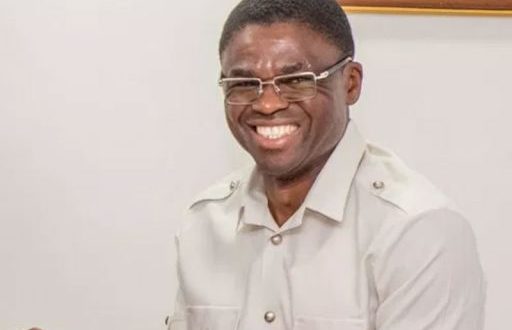 The All Progressives Congress (APC) has warned  the Deputy Governor of Edo State, Philip Shaibu to watch his utterances so as not to heat up the polity.

This was contained in a statement Wednesday night by Lanre Issa-Onilu, APC National Publicity Secretary.

He said Shaibu was claiming that the National, Adams Oshiomhole, instigated and sponsored protests against Governor Godwin Obaseki.

Obaseki is one of the six aspirants being screened for the party’s June 22 governorship primaries.

The spokesman stated that “there was no protest at the APC National Secretariat, much less a sponsored one as wrongly alleged.”

Issa-Onilu noted that several visitors, “including journalists covering activities of the party’s national secretariat have no knowledge of the so-called sponsored protest.”

He said it was strange that Shaibu “reported a purported protest at the APC National Secretariat when he was in Benin City, the Edo State capital.”

“While we are not oblivious of the ongoing political contestations, our politicians should be careful not to overheat the polity with unsubstantiated claims.”

The statement added that APC selected “an independent, thorough, experienced and diverse team to conduct the ongoing Governorship screening exercise.”

It called on party members and all stakeholders to give the committees needed support and cooperation.

Previous: Supporters of gov Oyetola, Aregbesola reportedly clashed in Osun State
Next: “Oshiomhole won’t allow me to get justice,” Obaseki cries out