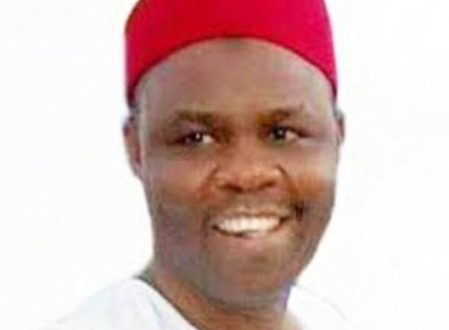 Gov. Abdullahi Ganduje of Kano State has urged supporters of Rabiu Musa Kwankaso to join hands with him in developing the state.

He made the call on Wednesday night when he received the state Chairman of the People’s Democratic Party (PDP), Rabi’u Sulaiman-Bichi who defected from the PDP to the ruling All Progressives Congress (APC).

Sulaiman-Bichi was at the Government House with many Kwankwasiyya supporters, local government coordinators and former commissioners who served under former governor Rabi’u Kwankwaso.

Ganduje urged other members of the Kwankwasiyya movement to “return home” in order to join hands with the ruling APC government to develop the state.

He assured them that they would be carried along in the development of the state.

“Those who took us to Election Petition Tribunal, to the Court of Appeal and Supreme Court, had only exercised their constitutional rights, as simple as that, hence our decision to invite the opposition to come and join hands with us for the development of the state,” Ganduje said.

In his remarks, the state chairman of APC, Alhaji Abdullahi Abbas congratulated the chairman and other defectors for their decision to leave PDP and Kwankwasiyya Movement.

He assured all the defectors that they would never regret their action as the party would carry them along and give them a sense of belonging.

In his remarks, the former PDP state Chairman, said their decision to cross carpet to the ruling party APC was unanimously taken in response to Ganduje’s invitation to the opposition to join hands with government in moving the state forward.

“We believe in Gov. Abdullahi Ganduje’s genuine commitment in developing state, that is why we resolved to join hands with him to develop our dear state.

“So we are today answering the call of President Muhammadu Buhari and governor Abdullahi Ganduje.

“The infrastructural development we are seeing all over the state and other human-centred policies like free and compulsory primary and secondary education are some of the major reasons that informed our decision to honour the invitation,” he added.