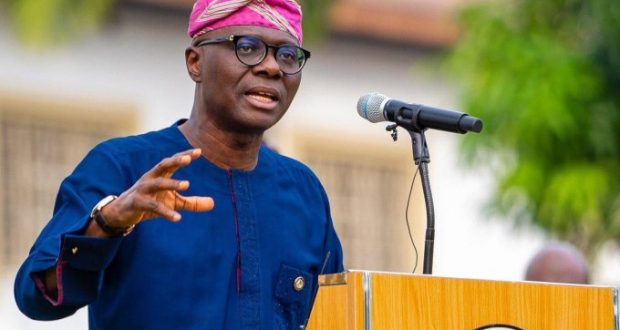 The All Progressives Congress (APC) in Lagos State on Monday said Governor Babajide Sanwo-Olu has lived up to expectation in the last 500 days.

The party hailed the governor’s zeal, leadership, focus and passion for result-oriented governance.

Its Publicity Secretary, Seye Oladejo, who highlighted his achievements, noted that the unexpected Covid-19 brought his inherent leadership quality, adding that he led the battle from the front as the Incident Commander.

He said his government provided the requisite medical facilities, consumables, incentives and palliatives to cushion the effect of the lockdown on Lagosians.

Noting that Sanwo-Olu has passed the true test of leadership in flying colors, Oladejo said

It is commendable that the set-back and the distraction occasioned by the pandemic has not hindered his government from fulfilling its promises to the electorate.

The publicity secretary said the governor’s THEMES agenda has been impactful during the period under review.

Oladejo said: “In line with his assurance to complete projects inherited from the previous administration, the Murtala Mohammed International airport road has been completed, while the Badagry expressway has remained a top priority.

“The Eric Moore to Mazamaza has been fully completed, while the Mazamaza to Agboju-Trade fair end is nearing completion.

“The Pen cinema fly-over is 80 per cent completed.

The state governor commissioned 37 new roads to mark his first year anniversary, while 500 others were rehabilitated across the state.

Water transportation has been boosted in the state with the acquisition of 8 new ferries by LAGFERRY to bring its fleet to 14.

Recently, 8 out of the 30 firms that expressed interest in the construction of the 4th mainland bridge were shortlisted.

“The health sector continues to receive the deserved attention with the construction of 2 Mother and Child centers at Eti-Osa and Igando.

The state government provided free and diverse medical interventions for 250,000 Lagosians, while another 1,417 residents successfully had pediatric, eye, dental, orthopedic, ear, and nose and throat surgeries through the government efforts.

It will be recalled that the public outcry about the state of the environment shortly before the advent of the present administration has become a thing of the past. The Lagos State Waste Disposal (LAWMA) was not only reorganized but an academy was launched to boost its technical competence. The Olusosun dumpsite was not only expanded to 42 acres to accommodate more waste, the state blue box recycling was also launched at the Lagos Island transfer loading station.

Previous: None of our members defected to APC in Ebonyi Assembly- Speaker
Next: APC youth wing calls for convocation of Inter-generational conference to resolve national issues