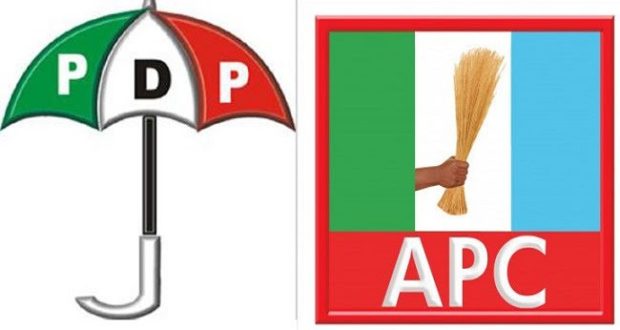 The Lagos State chapter of the Peoples Democratic Party (PDP) has vowed to take power from the governorship election and other polls in 2023,

The parry added  that their strategies being put in place would surely work.

Spokesman Taofik Gani said the party has started strategising to wrest power from the ruling All Progressives Congress (APC),

He told newsmen that all the indices the party needed to win were clear, and that all it had to do was for the members to work together as a united family and flush out saboteurs within the party before the election year.

Gani said: “This time, members have resolved to put the party’s goal over and above personal interest. In 2023, we are not going to take it lightly because Lagosians have been disappointed that our votes do not count.

“We are mindful of the fact that if we lose in 2023, Lagosians will stop voting for PDP. This is why we are leaving no stone unturned to win the governorship seat and other elective offices in the next general election.”

PDP is yet to produce a governor in Lagos State and has remained as the main opposition since the inception of civil rule in 1999.

Gani disclosed that one of the reasons “we said we are going to win in 2023 is the return of Mr. Tunde Gbadamosi, the governorship candidate of the Action Democratic Party (ADP) in the 2019 general election, to the PDP. He became the toast of the electorate in Lagos State, given his brilliant performance during the governorship election debate.”

He added: “Gbadamosi is a young politician who understands the problems of Lagos State and how to tackle them. We are enjoying his intellectual contributions. He was a member of the PDP, but left for the ADP to realise his ambition. He’s an indigene of Lagos State. We are happy to have him back. We will give him the opportunity to realise his ambition of becoming Lagos State governor on the platform of our party. He’s a great asset to Lagos PDP. With Gbadamosi as the standard-bearer in 2023, the PDP will coast home to victory.”

Asked if the PDP has dumped Mr. Jimi Agbaje, the party’s governorship candidate in 2015 and 2019 elections, Gani said: “Agbaje is a nice man. He may have made some mistakes, but he has ample chances to make correction. He has supporters across the state, we don’t write him off.”

On the leadership crisis that has polarised the party in the state, the PDP spokesman said the national headquarters recognised Mr. Adedeji Doherty as the state chairman and Chief Olabode George as the leader of the party in Lagos State. He said Dr. Adegbola Dominic had the opportunity of leading the party after the exit of Chief Moshood Salvador, who defected to the APC on the eve of 2019 general election.

According to him, “anybody in exercising his right can lay claim to office, just as Dominic is still claiming to be the chairman.”

He stressed that what’s on record is that Deji Doherty is the PDP chairman in Lagos State.

“To the best of my knowledge, we are moving forward, there is no acrimony. However, we will not underestimate the external forces that have been destabilising the party. We shall flush out the remnants of saboteurs in our fold,” Gani said