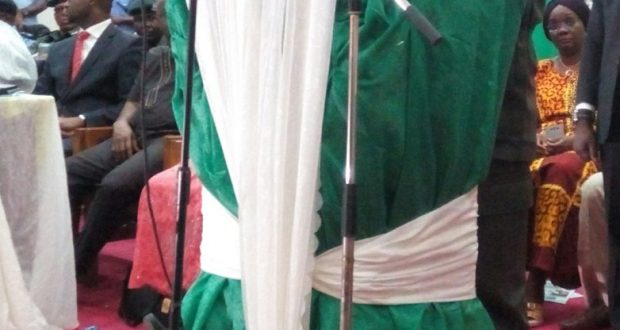 We will return your ADC to you early Sunday morning after election, IGP tells Obiano

Early Tuesday morning the security detail of the Anambra state governor was withdrawn.

Now, we know the reason.

The Inspector General of Police, Ibrahim Idris gave the explanation during Election Stakeholders’ Forum organised by the Independent National Electoral Commission (INEC) on Tuesday in Awka.

But the IG said the withdrawal of the ADC was based on the previous experience the police recorded whereby the Military caught an ADC to an unnamed governor escorting a vehicle loaded with arms on election day.

“We do not mean anything bad to Anambra governor on this action, his ADC will be returned to him early Sunday morning after the governorship election on Saturday November18.

“We have equally withdrawn all the policemen attached to political appointees, Local Government Chairmen and others in Anambra till after the election,’’ he said.

Idris said that the Police Force had deployed 26, 000 personnel, 300 vehicles, three helicopters and 15 gunboats for the poll.

The deployment of policemen and other security personnel, he said, was not to cause panic, but to give the people the needed protection.

INEC Chairman, Mahmood Yakubu said everything had been put in place for the conduct of credible, free and fair election on November 18.

Previous: I woke up and discovered that my ADC was gone, now my life is in danger – Obiano
Next: My boss is the best candidate for Sataurdy’s election – Anambra Deputy Governor