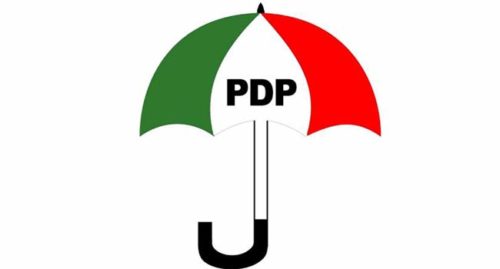 The Peoples Democratic Party (PDP) has assured Nigerians that it would continue to protect and defend democracy and its institutions.

Ologbondiyan said that the party also rejected destruction of Nigeria’s values, especially the independence of the legislature, the politicisation of the judiciary and the compromise of security and electoral institutions.

“We assure Nigerians that the PDP through all available constitutional means including civil disobedience will insist on respect of the rule of law.

“We should desist from influencing the judiciary, INEC and security agencies.

“We will not allow the judiciary, legislature, security agencies and other institutions of government and democracy to become departments of the APC,’’ the party spokesperson said.

He said that by civil disobedience the party was very emphatic as it listed protest as one of the steps.

“We are going to deploy any action that is legitimate and within the confines of rules to make our demands.

“We also talked about devastating nature of the elections. Our position is that we are demanding a total overhaul of the electoral law,’’ Ologbondiyan said.

“We believe that President Muhammadu Buhari should return the electoral law as amended by the 8th National Assembly to the current lawmakers for a review.

“This will meet the exigencies of the current electoral needs. These are the issues we expect Nigerians to speak about because it is not about PDP but the nation,’’ he said.

Ologbondiyan said that the party noted with pain the abuse of the rule of law, muzzling of the civil society and advocates of free speech as well as the citizens.

He added that the party totally condemned violation of judicial values and the Supreme Court’s judgment on the Imo governorship election.

He, however, said that the party was compiling names of committee members, according to suggestion by former Vice President Atiku Abubarkar that NEC should be setup, to review recent elections.

He added that the party would follow to conclusion legal action already on course on the call for review of the Supreme Court’s judgment on Imo.