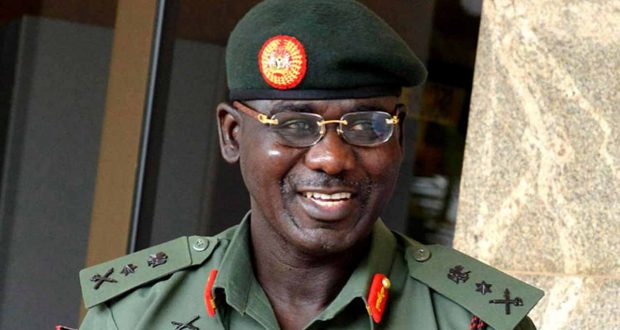 The Nigerian Army says it will replicate the template it adopted for its officers in the just concluded governorship election in Anambra in future polls in the country.

The General Officer Commanding (GOC) 82 Division, Nigerian Army, Adamu Abubakar, disclosed this when he received members of the Correspondents Chapel of the Nigeria Union of Journalists (NUJ), Enugu State Council, on Tuesday.

Abubakar said that the conduct of Military men deployed to provide security for the November 18 election had been adjudged the best, adding that there had not been complaints from any quarter.

“Our men discharged their duties in the most professional way and played by their rules of engagement.

“This is the first exercise we are embarking without blames and complaints from anywhere. Our soldiers were professionals and their conduct did not in any way disrupt the election.

“The Anambra template will be used in subsequent elections,” he said.

The GOC said that the country was gradually adapting to democratic values, adding that the Military would contribute its quota to sustain the system.

“The commendation should also go to other sister security agencies because it was the entire security outfit that did it,” he said.

He said that the Exercise Python Dance II conducted in the area prior to the election was a precursor to the peaceful atmosphere witnessed during the polls.

“The tension was too high that nobody knew what would have happened and it paved the way for the peaceful election and this testifies that the Army can come to the aide of Civil Authorities,” Abubakar said.

He commended the chapel for conducting a peaceful election which enthroned new leadership in the union.

He said that the Military would continue to collaborate with the Media as the two parties had symbiotic functions.

The Chairman of the Correspondents Chapel,Emmanuel Nweze, appealed for greater collaboration between the Military and the Media in the task of making the state safer.

All Commanders, Directors and other Principal Officers of the Division were present during the visit.

Previous: Diezani could not tolerate another female who had the ears of Jonathan – Oduah
Next: APGA commends Buhari for the success of Anambra governorship election