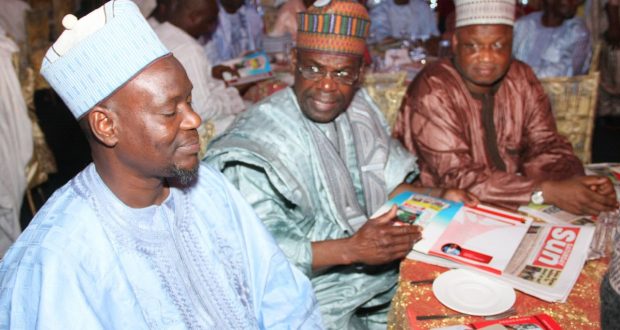 Whether Buhari is from Katsina or not, PDP will win the state in 2019 – Tsauri

The Peoples Democratic Party (PDP) will regain power in Katsina in the 2019 general elections.

This assertion came from an aspirant for the party’s position of National Secretary, Mar Tsauri,

Tsauri expressed the optimism in Abuja shortly after submitting his nomination form for the race, at the party’s National Secretariat.

He said that PDP had done what was required to win the election in Katsina.

“We don’t need to campaign for that; PDP has done what is supposed to be done by any other political party rightly.

“Whether the President is from Katsina state or not, PDP is going to capture the state in 2019 general elections,” he said.

On micro-zoning of positions, Tsauri said that as a party that believed in democracy, PDP should allow any interested candidate to test his or her popularity at the December 9 Convention.

“The position of National Secretary has been zoned to my zone and I feel I am eligible to contest.

“I feel that if I come on board, I will make sure that PDP is brought into a balanced position just like before, and we will reclaim our mandate from the All Progressives Congress (APC),” he said.

Tsauri pledged that if elected, he would work towards elimination of impunity and imposition of candidates in the party.

Previous: Atiku cites arbitrariness and unconstitutionality as reasons for dumping APC
Next: REC: Two Senators from Zamfara disagree on Senate’s rejection of nominee