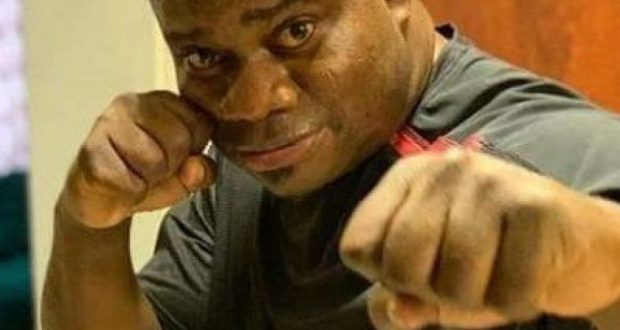 Who will call Governor Yahaya Bello to order?

Sir: It’s no longer  news that the governor of Kogi State, Yahaya Bello, keeps (re)emphasizing that the pandemic which has bent all the sectors is a hoax.

His insistence that the federal government is playing politics with the lives of Nigerians is getting out of hands and something needs to be done to call him to order.

It is pathetic for someone of his calibre to think that the virus is an artificial one aimed at causing fear and panic amid the citizens.

In the face of the virus and valiant attempts to flatten the curve, well-meaning Nigerians have been lost to the pandemic.

The late Chief-of-Staff to President Buhari, Abba Kyari, succumbed to this virus. Late Bayo Osinowo, the Lagos senator who represented Lagos East was also dragged to the beneath of the ground by the virus.

Some weeks back, the immediate past governor of Oyo State, Abiola Ajimobi also suffered the same fate to the ugly complications of the plague.

These are among numerous bigwigs who have given up the ghost after they wrestled unsuccessfully with the COVID-19.

One is forced to ask the governor: what more visible and convincing evidence does he need to make him understand that the virus is real? As of June 19, Brazil has recorded nearly 49, 000 deaths caused by the virus.

With over 30,000 cases in Nigeria, the the virus keeps increasing in the country and across the globe, and a governor who is duty-bound to sensitize, admonish and roll out measures to keep the dwellers of the state safe is the one encouraging negligence and laxity! He keeps fabricating mischief and peddling nonsensical words for reasons best known to him.

However, to avert further spread of misinformation about the pandemic and to restrain the people from walking along the same path with the governor, the federal government should mount an aggressive information on the virus.

The people should not be left to wallow in the absurd words the governor keeps making on the virus. And the governor should be called to order.

If he continues spewing and preaching the non-existence of the virus (even without evidence), the people would begin to believe in his words against the backdrop that the governor is close to the Buhari-led federal government.

At this critical time, the nonexistence of the virus should not be the bone of contention, for the virus is real. What needs to be on the front burner is/are measure(s) or way(s) to curb the spread of and deaths by the virus.

Previous: Ize-Iyamu to PDP: Obaseki you once called a failure has suddenly become your messiah
Next: Fayemi’s second term a disaster, the worst in history of Ekiti- APC chieftain