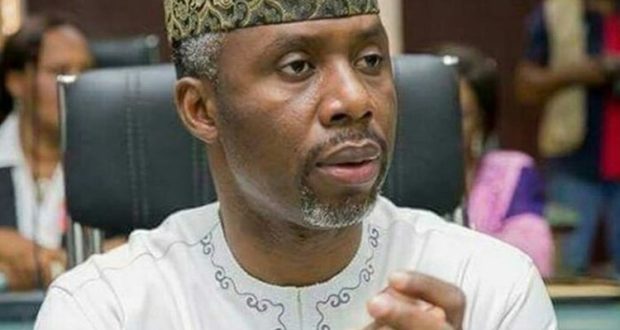 Rocha Okorocha’s son-in-law, Uche Nwosu has urged President Muhammadu Buhari to intervene in the crisis rocking the party to save it from disintegration.

Nwosu noted that if urgent steps were not taken to resolve the current crisis rocking the party, it may not survive beyond 2023.

He said it will take the intervention of the President as the leader of the party to restore peace and harmony in the party.

Fresh crisis is rocking the party after a High Court of the Federal Capital Territory (FCT) suspended the National Chairman, Adams Oshomhole.

Nwosu who recently returned to the party after contesting the 2019 governorship election under the Action Alliance (AA) following the refusal of the APC National Chairman, Adams Oshomhole to present him as the party’s candidate despite winning primary elections, opined that President Buhari should wade into the issue before the Reconciliation Committee.

Read Also: Soldiers petition Buhari over allowances
According to him, “the crisis in our party is taking a dangerous and the only thing that can save the party from hitting the rock is the intervention of President Muhammadu Buhari. Not just because he is the leader of the party but has the powers to bring the warring factions together and resolve the issues”.

He continued that, “it is also obvious that it is only the President that can resolve the crisis in the Edo state chapter of the party ahead the governorship election. Anyone thinking that the party will continue to grow stronger in the middle of all these crises is being economical with the truth.

Previous: Fayemi: I am not interested in taking over from Buhari
Next: 2023: INEC reveals plan to kick start e-voting