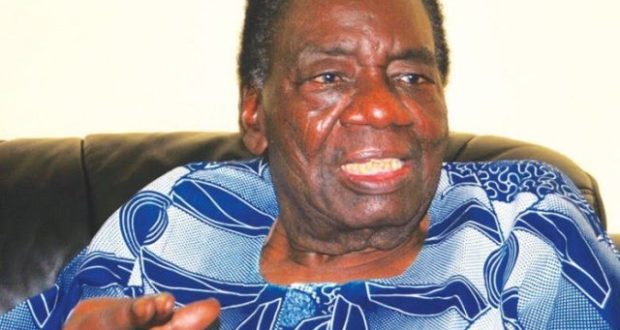 The party said the move his necessary considering his dedication, commitment and patriotism toward the country.

The party made the call in a statement issued by its National Publicity Secretary, Mr Kola Ologbondiyan, in Abuja on Tuesday.

It described the death of the former Attorney General of the Federation and Minister of Justice on Tuesday as a monumental national loss.

The party said that the death of the elder statesman and foremost legal icon came especially at a period when his wealth of experience and patriotism was needed the most by the country.

It described Akinjide as an exceptional nationalist, a quintessential democrat and astute administrator who dedicated his energy and resources towards the unity, political stability and development of the nation.

“Chief Akinjide’s performance as minister of education in the First Republic as well as the Attorney General of the Federation in the Second Republic laid the solid platform for the development of education and administration of justice system in Nigeria.

“The party recalls Akinjide’s role as a member of the Constitutional Drafting committee of 1975-1977, which helped in providing the solid foundation for the development of constitutional democracy in Nigeria.

“Indeed, Chief Akinjide’s contributions toward the development of democratic tenets in our nation are solidly etched in the annals of history; even as he eternally serves as a fountain of inspiration to younger generation of leaders,” the statement read.

The PDP commiserated with the Akinjide family, Governor Seyi Makinde as well as the government and people of Oyo State and prayed God to grant the nation the fortitude to bear the great