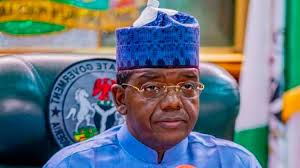 Why I appointed 1,700 aides- Zamfara gov

Zamfara State Government has explained why it appointed over 1,700 aides to Governor Bello Mohammed Matawalle.

It said the aim was to bring the governance closer to the grassroots.

“The over 1,700 political appointments were not a waste of State resources as speculated by mischief makers. This is because the government expects every political appointee to reach out to the locals and assist the needy with their various positions,” the State Governor, Matawalle said.

The Governor spoke through his deputy, Senator Hassan Nasiha Mohammed Gusau during a Ramadan breakfast with working journalists in the State at the deputy Governor’s residence in Gusau, the State capital.

According to him, the present administration would not tolerate any baseless criticism that is not supported with facts.

He said there were mischief makers who were fond of looking for cheap publicity to destroy people’s political reputation.

“These baseless criticisms would not hinder the State government from carrying out its constitutional obligations to the people,” he stated.

Matawalle, however, commended the journalists in the State, stressing that there was concrete evidence that they were partners in progress with the State government.

Speaking earlier, the State’s commissioner of Information, Hon. Ibrahim Magaji Dosara explained that the State government appreciated the contributions of the newsmen in the State towards the development of the State.

“We are not pretending as if we are unaware of their numerous contributions and assistance to the present administration, being led by Hon. Bello Mohammed Matawalle,” he said.

Responding, the chairman, Correspondents’ chapel of the State Council of the Nigeria Union of Journalists (NUJ), Comrade Sani Haruna Dutsema thanked the State government, pointing out that there were some areas of amendment for a smooth working relationship with the journalists.

The chairman expressed sadness over the government officials’ attitude of organizing press conferences outside the State.