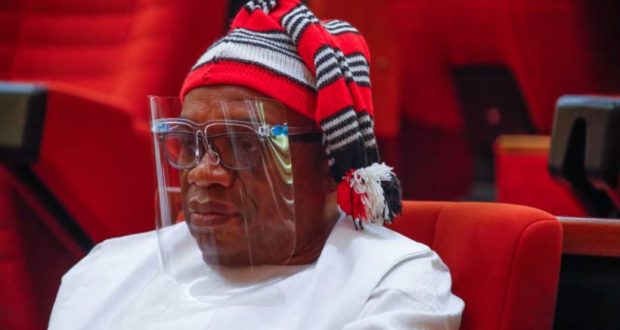 The former commissioner for works in Abia, Chief George Nnanna Kalu, has  broken silence on why he decided to dump the Peoples Democratic Party (PDP) for the All Progressives Congress (APC) .

In an interview with The Sun, Kalu accused the state governmentunder Governor Okezie Ikpeazu of drifting from the dreams of the founding fathers of Abia.

The former commissioner claimed that the governor accumulated a lot of debts by owing workers salaries and awarding massives contracts which are mostly uncompleted, adding that the government has lost direction.

How Jonathan’s SGF, members of NASS, others planned to defect to APC with me – Umahi reveals

He accused the governor of operating under much falsehood and lies, making it difficult for many of his allies to trust his leadership.

Kalu opined that the government extorted many aspirants during the run-up to the PDP primaries in the state by fixing the cost of the declaration of interest forms at N1.5 million, a sum which, according to him, many persons had to borrow to pay.

The former commissioner said that it is now time for the APC in Abia to take power from the hands of those who do not mean well for the people of the state.

Previous: 2023: “Please, contest for presidency,” Kogi Assembly members beg gov Yahaya Bello
Next: Okorocha to Buhari: Your Ministers, aides have failed, sack all of them