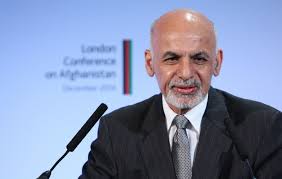 Afghanistan’s former president, who fled the day the Taliban entered Kabul, said he left because he thought it was the ‘only way to keep the guns silent’

Ashraf Ghani fled Afghanistan for the UAE on August 15 as the Taliban closed in on Kabul.

In a Wednesday statement, he said he thought “it was the only way to keep the guns silent and save Kabul.”

More than 170 Afghans have been killed in stampedes, terror attacks, or by the Taliban since his escape.

Ashraf Ghani, the Afghan president who fled his country the day the Taliban seized the capital, said he left because he thought it would prevent bloodshed.

“Leaving Kabul was the most difficult decision of my life, but I believed it was the only way to keep the guns silent and save Kabul and her 6 million citizens,” Ghani wrote in a statement posted to Twitter on Wednesday.

“I left at the urging of the palace security, who advised me that to stay risked setting off the same street-to-street fighting the city had suffered during the civil war of the 1990s .”

Ghani fled to the United Arab Emirates hours after the Taliban entered Kabul on August 15. The Washington Post reported at the time that Ghani fled in a rush — without even notifying some of his aides — as he believed that the Taliban would behead him.

In the days following Ghani’s departure, a large number of Afghans have been killed.

On August 16, a 17-year old Afghan soccer player died after falling from the landing gear of a plane that had taken off from Kabul airport. He had been clinging onto the jet in a desperate bid to flee Taliban rule.

On August 22, seven people were crushed to death in a large crowds outside Kabul airport, Reuters reported . Thousands of Afghans were trying to board flights out of the country.

On August 27, at least 169 Afghans and 13 US troops people were killed by a suicide bomb attack near Kabul airport. ISIS-K, the Afghanistan-based Islamic State affiliate that hates the Taliban, claimed responsibility for the attack.
The Taliban also used deadly force over many Afghans since taking power.

Earlier this month, the Taliban also raped and beat a gay man after they lured him to meet them, ITV reported .

In his statement, Ghani apologized, and said that he had failed his people.

“It is with a deep and profound regret that my own chapter ended in a similar tragedy to my predecessors — without ensuring stability and prosperity,” he said. “I apologize to the Afghan people that I could not make it end differently.”

Ghani also reiterated his denial that he had fled Afghanistan with around $169 million in cash, a claim made by the Afghan ambassador in Tajikistan last month. Ghani called the claim “baseless.”

Previous: Why PDP will win Anambra gubernatorial election- Akinwonmi
Next: Nigerians want PDP back, it remains only viable option- Elumelu