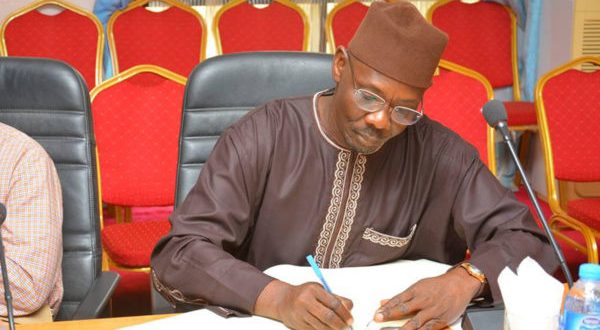 Why I named my twins after Buhari, ex-governor, says Nasaraea gov

Abdullahi Sule, the Governor of Nasarawa State has stated the reason why he named his twins after President Muhammadu Buhari and and former Governor of the state, Senator Umar Tanko Al-Makura.

He said he took that decision because of great respect he has for the two leaders.

He stated this during the naming ceremony of the twins delivered by his second wife, Hajiya Farida Abdullahi Sule which was held at  at the Palace of the Governor’s father, Chief of Gudu in Akwanga LGA, Alhaji Sule Bawa.

He said: “I named them after President Muhammadu Buhari and Senator Umar Tanko Al-Makura for the recognition and respect I have for the two leaders.

“I pledge to continue to champion the quest for better education for the entire children in the state,” he said.

Previous: Trump vs Biden: US Attorney- General says no evidence of electoral fraud
Next: 2023: Why APC should zone presidential ticket to south- UK chapter