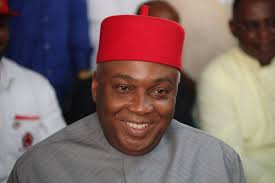 Why I took ‘tough’ decisions as Senate President- Saraki

Ex-Senate President of the Senate, Bukola Saraki, on Wednesday cleared air on some ‘tough’ decisions he took while he was the number three man in the country between 2015-2019

He noted that some of those decisions were necessary for country to move forward.

He said this while engaging in interaction with Dele Momodu, the Publisher of Ovation Magazine, who

Saraki: said: “Thanks @DeleMomodu! Compliments of the season! As I used to emphasize during our conversations while I was President of the 8th Senate, many of the decisions we took, the positions we adopted, and the interventions we embarked on were in the interest of the nation.

“When we didn’t confirm certain appointees, it was because we did our due diligence.

“When we invited the IG and the security chiefs, it was because we wanted to find solutions to the issues of insecurity at the time. It was never about a personal agenda. It was always about Nigeria