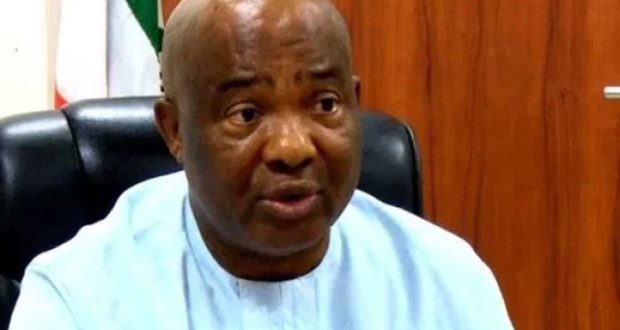 Why I want to stop pension for ex-Governors, Speakers in Imo- Uzodinma

Governor Hope Uzodinma of Imo State has explained why his government wants to stop pension for ex-Governors and Speakers.

He has sponsored the bill for the repeal of governors and Speakers’ Pensions and Privileges Law of 2007.

Uzodinma explained that the bill was illegal and gave a few privileged people the power to feed fat on the commonwealth of the state.

The Governor made the disclosure at the State’s Government House in Owerri, the State capital.

According to Uzodinma: “As a young state grappling with enormous challenges, it dawned on me that the Imo state Governors and Speakers Pensions and Privileges Law No 5 of 2007 was a bad omen. At the age our governors and speakers are leaving office it will not be out of place to assume that many of them will be alive and kicking in the next 15 years or more. This will mean that by then the state will have more than 20 governors and Speakers qualified for Pensions and Privileges.

“I was alarmed that the financial implications for the state will not only be scandalous but indefensible. My simple calculation told me that there could come a time when the state could be spending more than one third of its resources to maintain former governors and speakers.

“The same governors and speakers also received severance allowances, amounting to several millions of naira, when they disengage from office. How then can the same category of former public office holders turn around to receive pensions?”