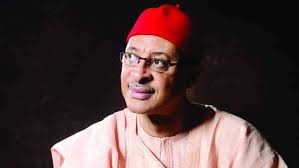 Pat Utomi, a top stalwart of the Labour Party and one of the ardent supporters of the Presidential candidate of the party, Peter Obi has explained why the party’s candidate has not released his manifestos to the public.

Speaking in a statement, Utomi revealed that the manifestos are ready but has nit been released so as to avoid the situation where it would be copied by opposition parties.

“There is a manifesto ready, and it will be released before the campaign starts. We have it, but we decided to keep it secret until campaigns start,” he said.

According to him, the party has a structure far bigger than those of the All Progressives Congress, APC, and the Peoples Democratic Party, PDP, saying that they would mobilize millions of NLC members.

“Those who understand what structure means know that LP has better structure than PDP and APC in Nigerian terminology. NLC has 10m registered members, and we are going to energise all of them into a structure so that it becomes a superstructure.

“We have a big tent which constitutes several social movements, several political parties with labour party as part of it. Several of these political movements, like the Congress of Professionals, which is a great Nigerian project, consists of 6 million members in every part of Nigeria,” he said.