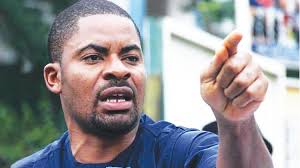 A renowned human right activist, Deji Adeyanju has said that the next Nigerian president should rather come from the northern part of Nigeria instead of the South.Wes.

Speaking through a social media post on Friday, Adeyanju noted that the South West should not produce the next president if truly power should go to the south.

He added that the South West was in power for eight years and also has another opportunity as the Vice President for another eight years.

The popular social crusader, added that those calling for power to go to the South West were worse than those asking that power should stay in the North, noting that they as being tribalistic and selfish.

“This democracy does not belong to the South West. Those clamoring for power to go to the South and pushing for South West are worse than those asking power to stay in the North. These people are not interested in equity but tribalism and selfish interest.”