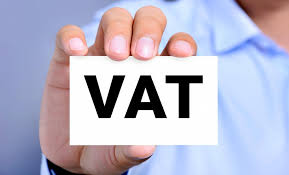 The Senior Special Assistant to the President on Public Affairs, Ajuri Ngelale, has alleged that arguments against VAT collection had been heavily politicised ahead of the 2023 elections.

He made this statement when he also appeared as a guest on a breakfast television programme.

He decried some of the utterances that have come from Rivers State along ethnic lines and political posturing ahead of the next election.

He noted that the Federal Government makes contributions to the generation of VAT in the country, adding that Rivers, Lagos and other states do not generate VAT by themselves.

However,  the Director-General of Development Agenda for Western Nigeria (DAWN) Commission, Mr. Seye Oyeleye, has urged the Federal Government and states to sit down and find an agreeable and equitable means of collecting and sharing VAT.

He said this during an interview with newsmen n Ibadan, the Oyo State. capital.

He commended  Governor Nyesom Wike of Rivers State for taking such a bold step to challenge the 1999 constitution, saying that the Federal Government alone cannot be collecting VAT.

Recall that a member of the Lagos State House of Assembly, Setonji David, has said that the state would go ahead with the implementation of its recently assented Value Added Tax (VAT) law despite a stay of execution by the Appeal Court in Abuja.

The lawmaker, who represents Badagry II Constituency in the House, stated this, yesterday, when he appeared as a guest on Channels Television’s ‘Sunrise Daily’ breakfast programme, tagged: “VAT collection dispute,”

He said  that the enactment of the VAT law followed due process.

According to him, Lagos had always clamoured for true federalism and would continue the implementation of the VAT law pending any order by the Appeal Court ruling otherwise.