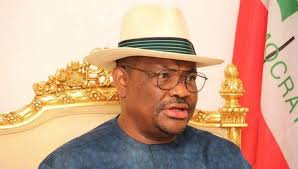 Wike should be commended for fighting a national course- APC chieftain

A top chieftain of the All Progressive Congress APC Sam Nkire, has described Governor Nyesom Wike’s battle with the Peoples Democratic Party as a national course and for the interest of the country’s unity.

According to him, PDP’s disobedience to the rule of rotation of power after the reign of President Muhammadu Buhari negates the spirit of unity, fairness and equity in the country.

In a statement  Nkire said that Governor Wike needed to be commended by all Nigerians for fighting a just course for the overall development of the country.

He noted that for the PDP to zone the presidency back to the North after President Buhari’s tenure amounted to disrespecting the constitution of Nigeria, members of the PDP from the South and the people of Nigeria in general.

The APC stalwart maintained that Governor Wike’s battle in the PDP was a noble cause which every patriotic Nigerian must commend, no matter his or her political ideology, religious, tribal affiliations or persuasion, saying that it should be seen as the only way Nigerians should practice a healthy democracy.

According to him, the Muslim-Muslim ticket of the APC no doubt ruffled many feathers but added, “nothing could be more heinous and unpardonable than breaking down the plank upon which the bridge across Nigeria’s unity rests.”

The APC chieftain observed that the lingering crisis between the two warring forces in the PDP was sad and regrettable, believing that the ruling party expected a real battle with the PDP and not to be handed the belt without a fight.

He reassured Nigerians that Nigeria would be great again seeing that insecurity is on the decline due to the efforts of the APC government at the centre, stressing that there is no doubting the fact that APC would heal Nigeria from its plundering by the PDP over many years.

Previous: Ganduje describes Tinubu as a man of integrity that Nigeria needs
Next: I am not happy with situations in Osun State- Aregbesola