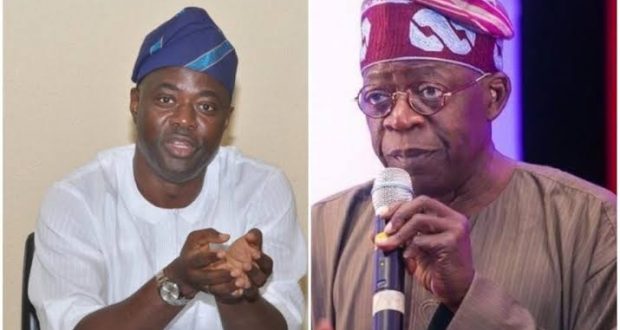 The Oyo State Governor, Seyi Makinde is believed to have indirectly attack the National Leader of the All Progressive Congress APC, Bola Tinubu with a controversial comment he made.

The Governor said that Yoruba presidency should not be a priority now, but restructuring. He said that Nigerians should be more concerned on how to restructure the country.

The Governor made this statement following the inauguration  of presidential campaign movement tagged, “The South-West Agenda” in Ibadan, Oyo State capital for Tinubu by APC supporters

The Governor did not mention any name while making the statement, but some people believe that he was referring to the ruling party National Leader..

Makinde said this during the handing over of some equipment to  the Oyo State Security Agency, popularly known as Operation Amotekun.

He said, “I have heard some of our political leaders jostling around and saying they want to become the president of Nigeria in 2023.

“I think what we need at this stage is to secure our people and restructure Nigeria. It does not matter who is the president in Abuja.

Previous: 2023: INEC to create more polling units- Yakubu
Next: How I planned to change Nigeria-Jonathan