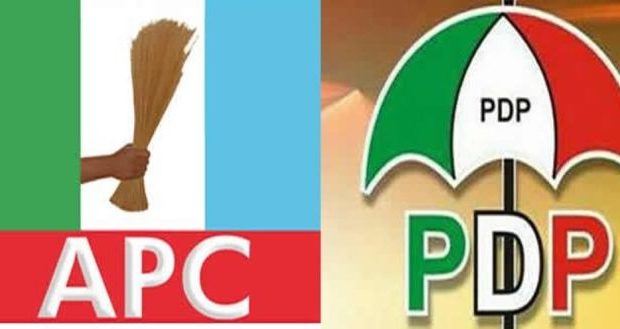 “You can’t do anything about mass defection,” PDP tells APC

The Peoples Democratic Party (PDP) has said that there is nothing the All Progressives Congress (APC) and police can do to stop the imminent mass defection to the PDP.

PDP was reacting to Saturday’s encounter between Ondo Deputy Governor Agboola Ajayi and the Ondo State Commissioner of Police, Bolaji Salami, in a statement on Sunday.

Spokesman for the PDP, Kola Ologbondiyan said the altercation between the police chief and deputy governor has further spurred Nigerians in their irrevocable determination to abandon the APC and move into the PDP.

“The thoughtless and rude attempt to use the Police to stop the Ondo Deputy Governor from leaving the disorganised APC is symptomatic of the last kicks of a degraded and derelict political party that is now clutching at straws and can only resort to use of compromised security agents as face-saving measure.”

In a statement by the Commissioner for Information and Communications, Paulinus Nsirim, Wike said it was wrong for the CP to dabble into politics.

He said: “I will continue to say the truth. It does not matter which political party is erring. Look at the police reducing themselves to a level where politicians will now send them to infringe on the right of a deputy governor without regards to the fact that he has immunity.