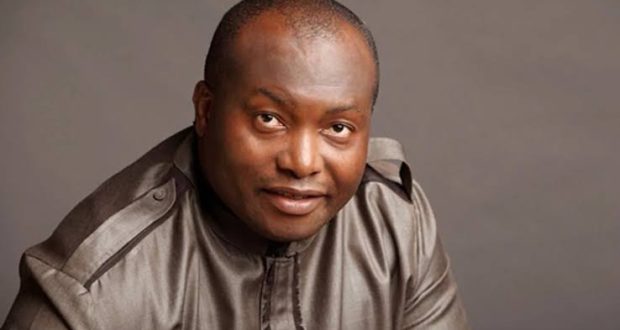 Senator Ifeanyin Ubah and candidate of Young Progressives Party (YPP) has headed to Appeal Court to challenge Friday’s judgement removing him as member of the Senate.

He made this known while Speaking with Journalists in Abuja on Saturday.

Ubah described the judgement as a “mere distraction”, saying he had gone further to file an injunction for Stay of Execution on the judgement pending the determination of his appeal at the Court of Appeal in Abuja.

“I have appealed against the judge’s refusal to set aside the judgement.

“I have also filed an injunction for Stay of Execution.

“I have absolute confidence that the court of Appeal will do Justice and set aside the judgement”, he said.

Ubah, who currently represents Anambra South, however, picked holes in the judgement on multiple grounds.

First was that the FCT High Court lacked the “territorial jusrisdiction” to entertain a matter that arose from Anambra South Senatorial Election Primaries.

According to him, the mischief of filing the case against him in Abuja and not in Anambra was to ensure that himself and even Chris Uba of the PDP were not aware of the proceedings.

“In fact, Chris Uba filed an application asking the court to be joined as he was the authentic candidate of the PDP as confirmed by INEC”, he said.

The lawmaker said the FCT High Court also lacked the jusrisdiction as the matter in question was a post-election matter already settled at the electoral tribunal and the Court of Appeal that gave him victory against the authentic candidate of the PDP, Chris Uba.

He expressed shock that contrary to Section 285(13)) of the 1999 Constitution, the court granted the wish of Obinna Uzoh who was not even a candidate in the February 23 election and did not go through the entire stages of the election as the winner of the election.

Ubah said even more shocking was that he was not at anytime served any of the court processes, thereby infringing on his right to fair hearing.

On the criminal allegation that his National Examination Council (NECO) Certificate was forged, Ubah said the court did not summon any staff of NECO, or any other appropriate authority confirming his NECO certificate as fake, hence “there was no proof beyond reasonable doubt on the allegation of falsification of NECO certificate.”

He said the kangaroo tactics adopted spelt doom for the electoral process and justice system if allowed to stand.

Ubah, however, called on his supporters not to be agitated but remain calm as he was confident that he’ll surely have his day in court.

Previous: Imo: The ceaseless exchange of words between APC, PDP
Next: “We give you 24 hours to speak out on Amotekun,” group tells Tinubu