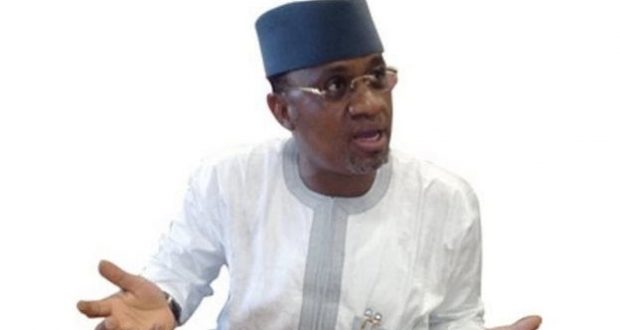 The Zamfara State chapter of the All Progressives Congress (APC) on Monday reechoed that  Senator Kabiru Marafa has benn slammed with indefinite suspension.

The party added that he is not in any position to speak in behalf of the party anymore.

Recalled that Marafa on Sunday called on Mai Mala Buni led APC to organize convention for the ruling party in December or quit. He also criticized Buni leadership in other areas.

In his swift response to Marafa, on Monday, Zamfara State APC Chairman, Alhaji Lawal Liman said it is illegal for Marafa to speak as a member of APC having been suspended in 2019.

Liman said, “as far as we are concern in APC in Zamfara State, Senator Marafa remain sacked because, since 2019 we suspended him in accordance with the party’s constitution and our decision have been forward to the APC National Headquarters, Abuja. We call on the National caretaker committee of the party to ratify his suspension.”

“Members of the public should not regard him as a member of the APC. We don’t consider Marafa as our member because he is used by opposition People’s Democratic Party (PDP) to distract peace and stability in the party.

“Even by disobeying the party’s National Executive Council NEC should be enough reason to know that Marafa is not wishing the APC well,” Liman said.

“We condemned the statement, we distance our self from any call against National leadership of the party”, Liman explained.

He said that amfara state APC is solidly in support of he National leadership of the party led by Mala Buni’.