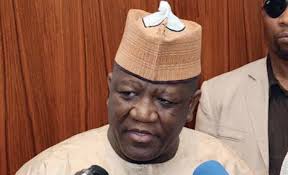 The Publicity Chairman of former Governor Abdulaziz Yari’s faction of the All Progressives Congress (APC) in Zamfara State, Hon. Ibrahim Birinin Magaji has said that the reported defection of former Governor Yari’s camp to the Peoples Democratic Party (PDP) was a misrepresentation of facts.

Magaji described the action of the State PDP chairman as putting the cart before the horse.

“We have actually made our decision to dump the APC, we went into negotiation with many political parties, including the PDP, but we have not reached conclusion with any political party yet.

“Even if we had concluded to join the PDP, we should have been the one to address the press on our latest decision and not the PDP to speak for us,” he said.

The former commissioner said the PDP chairman, Col. Bala Mande did not consult them before organizing a press conference.

“We were surprised to hear such statement from the State chairman of a party when we have not concluded any arrangement, and there is no document to back his claim,” he added.

Mande had on Sunday told the whole world that former Governor Yari, Senator Marafa and their supporters have officially defected to the PDP