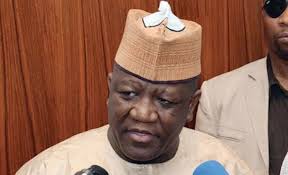 Alhaji Ahmed Bakare, a political commentator, has blamed the  former governor of Zamfara Abdulaziz Yari on the crisis facing the ruling APC in the state.

APC members in the state have been lamenting that there is a serious public concern considering the two known factions within the party led by Governor Bello Matawalle and former Yari.

Many card carriers of the party, especially those in Yari’s faction have been heaping blame on Senator Ahmed Sani Yarima for being the root of all the political crisis in the party.

Bakare insisted that Matawalle, as governor, is the authentic leader of the party in the state.

“Former Governor Abdul Aziz Yari knows deep inside his mind that the crisis happening in the party is being caused by him and not senator Yarima or Governor Matawalle,” he said.

“Even if Matawalle did not defect to APC, former Governor Abdul Aziz Yari would not have been the leader of APC in the state because he has no political office now.

“The leader of the party if Matawalle did not defect would have been the minister of Humanitarian, Disaster management and Social Development, Hon. Sadiya Umar Farouq, because of her position as a minister.”

Speaking with newsmen in Gusau, the state capital, shortly after the press briefing by the Yari group, the public commentator noted that the same political crisis caused by Yari denied APC the government in the State in 2019, saying that he has started again to deny the party its chances in 2023.

“I want you to know today that initially in 1998, PDP was the original owner of Zamfara state and not the defunct ANPP. But PDP lost that chance due to internal crisis that rocked the party.

“And when Yarima became the executive Governor he quickly implemented the Shari’a law and amputated the hands of two young men to put fears in the minds of the people. That was how Yarima finally silenced the PDP in the state,” Bakare said.

“If not due to divine intervention through the supreme court, PDP would never have formed a government in the state in 2019.”

Ambassador Lawal Liman Kaura, Chairman of the Yari faction, insists that Senator Ahmed Sani Yarima was the problem of the party in the state.

Previous: How Secondus can be removed as PDP National Chairman- Legal Adviser
Next: 2023: Why Nigerian youths should get their PVCs- YPP Chief