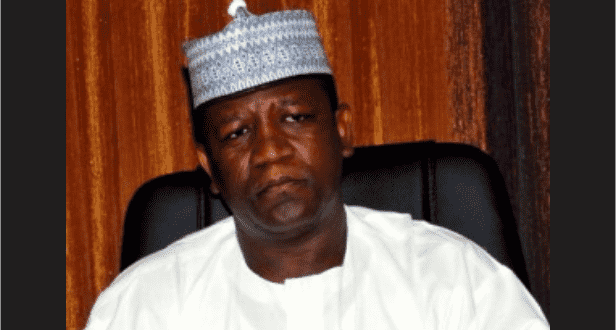 Ex-Governor of Zamfara State, Abdullaziz Yari has debunked report of being detained by the police, adding that he only honoured an invitation by the force,

In a statement by the former governors’ Media Aide, Mr. Mayowa Oluwabiyi which was made available to newsmen, Yari debunked the report that he was arrested and detained by the Police.

Yari said it was the handiwork of detractors who would stop at nothing to see that he was pulled down.

The statement recalled that, “the Ex-Governor had at Talata Mafara, said the APC in Zamfara state will resist any illegal/unlawful arrest, harassment and intimidation of its members by anybody.”

“Our attention has been drawn to fake news being circulated that former chairman of Nigeria Governors Forum, Abdulaziz Abubakar Yari was arrested, detained for several hours at the force headquarters in Abuja on Tuesday.

“The Police sent an invitation to the former governor of Zamfara State, and as a law abiding citizen of the Federal Republic of Nigeria, he swiftly went to honour the invitation by the police.

“But obviously, the author of the fake news and their sponsors tried to twist the mere invitation to arrest, drilled and other unpalatable words to undermine the former governor.

“Indeed, the authors further alleged that the former Governor was brought to the Force headquarters and vigorously drilled over reported utterances he made a few days back during a meeting held in his home village of Talata-Mafara in Zamfara State.

“His Excellency Abdulaziz Abubakar Yari as a law-abiding citizen and a former governor has never and will never breach the law of the land.

“Contrary to falsehood being peddled, it is on record that the former governor tackled the challenges of insecurity while in office, though the challenges is not peculiar to Zamfara alone, mischief-makers and detractors laboured day and night to link the challenge to his administration.

“Today, sadly, Yari has been vindicated”, the statement concluded