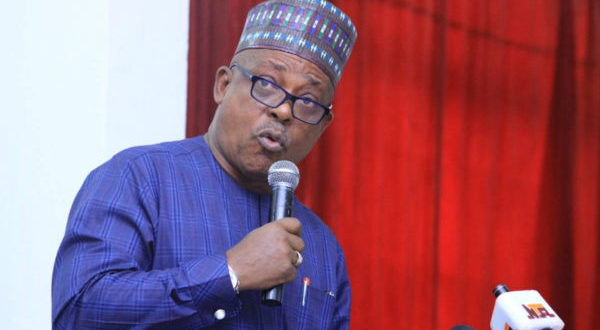 The People’s Democratic Party (PDP)  Chairman, Uche Second us says that rebuilding of the party is their primary focus for now and not the zoning of 2023 presidential ticket.

Secondus, who recently said the party would appeal the sack of Emeka Ihedioha as governor, spoke to newsmen on Thursday in Abuja, Daily Post reports.

He stressed that the party was preparing itself to win elections in the future, while the issue of zoning would be looked into at the appropriate time.

“Today we are more concerned in rebuilding our party. When the time comes for the nomination of a Presidential candidate the party will come out with its position.

“No one is going to stop anyone from contesting even when it is zoned to a particular region, and I have been talking about it in the past.

“So, every person still has a right to contest; so, if you are qualified and desire to run for the office of the President, you are free to contest,” Secondus said.

When asked if the party was considering a merger, Secondus said it could happen if there was need for it.

“Why not, when the time comes, if there is need for people to pull their resources and pull their strength together, it can happen, it is possible.

“Our focus is in making sure that our party is strong and viral and ready to win elections.

Secondus said that the party’s national leaders were working hard with its members and leaders in Edo, to win the state forthcoming governorship election.

“We are working very hard in Edo state. We met with the leadership and stakeholders of Edo state last week.

“I believe that our people are coming together, very strong and you are aware that state belongs to PDP before the APC took it from us. So we are working hard to regain Edo,” he said.