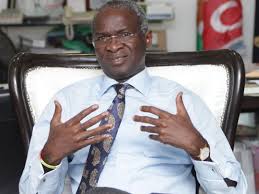 The Minister of Works and Housing, Babatunde Fashola, has admitted that there is zoning agreement in the All Progressives Congress (APC), warning the ruling party to honour it.

He said that the agreement was made when the ruling party was being formed.

Fashola, during a chat with media in Abuja noted that the agreement must be respected whether written or unwritten.

Fashola said, “The truth is that what makes an agreement spectacular is the honour in which it is made, not whether it is written. If it was written there would be no Court cases of breach of contract because it’s a document that is written and signed that goes to court. But the private agreement you make with your brother and sister should not be breached, it must be honoured.”