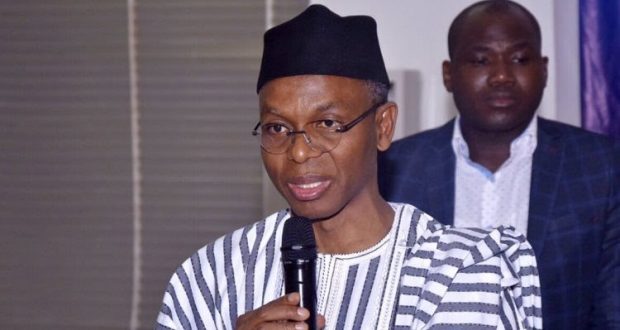 He said that Nigeria should have a system where every qualified person is allowed to contest for electives positions.

He added that no country would progress if the system of chosing political leaders are based on zoning or ethnic consideration.

El-Rufai said this during a conference organised by the Nigeria Economic Summit Forum in Abuja.

It will be recalled that the Former Lagos State Governor and the present Minister of Works and housing, Babatunde Fashola on Tuesday urged the ruling All Progressive Congress to respect zoning formula that was agreed on.

But, speaking on Zoning, El-Rufai said:  “I do not believe that we should be driven in our politics and economics by distribution whether or not there is a logic behind it,”

“In my honest view, Nigeria went wrong when we focused on distribution rather than production. We like to distribute and it has gone as far as saying that in a state, governorship should rotate; that is absurd.

“There is no country in the world that has made progress in the last 50 years that rotates its leaders. I think if we move away from this fixation about distribution to selecting or picking the best person to get the job done… when the job is done, everybody benefits.

“Right now, we are distributing this and we are not making any progress because the focus is on distribution.”

Previous: EndSARS: PDP lauds resolution of British Parliament to sanction Nigeria, urges US, others to act
Next: Buhari praises long-term political henchman, Gambari as he clocks 76