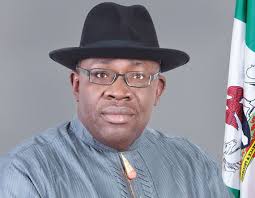 2023: Nigerians should expect surprises between now and next year- Dickson

A former Governor of Bayelsa State, Seriake Dicksona who is also a chieftain of the Peoples Democratic Party, PDP, has said that there will be a shock in the country between now and next year because there will be seasons of decamping

He noted that Nigeria has not reached its peak with respect to the decamping season.

Recall that Sen. Joy Emordi, a member Board of Trustees of the PDP, defected from the party to the APC on Wednesday.

Speaking on the development, Dickson said, “Between now and the peak of the decamping season, which will be next year, you will be shocked how many people will move either this way or that way.

“Is it the right thing to do? No. Is that the way to deepen our democracy, no? Does that speak well of our democratic structure, no? Unfortunately, that is the ugly reality we have to deal with.” He stated.

Previous: Amid controversies, APC says Supreme Court Judgement validates Buni’s position
Next: Yari to Matawalle: Whether you like it or not, I remain APC leader in Zamfara