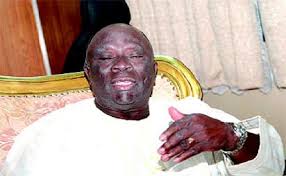 2023: Nigeria’s problems will remain no matter the political that wins- Afenifere

Yoruba pressure group, Afenifere has vowed not to sacrifice the interest of the Yoruba people in a bid to keep Nigeria one.

It spoke in a communique issued at the end of its meeting held at the home of its acting leader, Ayo Adebanjo in Ijebu-Ode, Ogun State.

In a statement signed by its Publicity Secretary, Jare Ajay, iti said it is convinced that no matter which party takes over the government in 2023, the problems confronting Nigeria will remain.

According to the group,  the two options open for Nigeria is either to go back to the 1963 Constitution or convene a meeting of ethnic nationalities and related stakeholders.

It said, “For sure, Afenifere believes in the unity of Nigeria but not at the expense of Yoruba interest. To us, the truism, ‘charity begins at home’ means so much to us.

“Afenifere seriously and comprehensively considered the current political trajectory of the country. The meeting was in no doubt that most, if not all of the problems bedevilling Nigeria would not have arisen if the original constitution agreed upon by our founding fathers had not been jettisoned.

”The country should go back to the 1963 Constitution that was abrogated by the military or in the alternative, the meeting of ethnic nationalities and related stakeholders should be conveyed. Such a meeting would provide an opportunity for all of us to redefine the basis of staying together. We are still very much convinced that it is in either of the two propositions that solutions to numerous problems afflicting Nigeria lie.”

It added, “Restructuring that berths true federalism must take place before the 2023 elections. We recall that many issues that Afenifere initiated could be unpopular at the beginning. For insisting on true federalism, we were dubbed as separatists.

“But we are not perturbed. For, we were usually vindicated at the end of the day whenever we take a principled position. We have no doubt whatsoever that no matter the party that takes over in 2023, the problems of Nigeria will remain, if not aggravated if the present Constitution is not changed to devolve power with true federalism entrenched.”

“On the contrary, bandits and terrorists kept getting emboldened to perpetuate their nefarious activities. It is ironic that some individuals could be seeking clemency for terrorists who are maiming and killing the people without any thoughts for the victims.”

Previous: Cross River lawmaker, Elizabeth Ironbar is dead
Next: Why Fayemi was absent when we visited Tinubu- Akeredolu