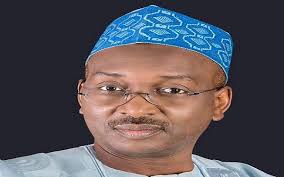 2023: PGF DG warns APC against making mistakes made by PDP

As activities concerning the upcoming 2023 general elections springing up, the Director-General of the Progressives Governors Forum (PGF), Salihu Lukman, has urged he All Progressives Congress (APC) to adopt the 2013 mode of negotiations to pick candidates for 2023.

In a statement titled “Nigerian politics and question of national unity” in Abuja on Sunday, he warned the ruling party against making the mistakes of the opposition Peoples Democratic Party (PDP).

The PGF boss: “APC leaders must return to that 2013 mode and handle leadership negotiations for 2023 very carefully and skillfully.

“APC should continue to work towards setting the right standards for Nigerian politics, which should prioritise national unity.”

He added: “The reality of our contemporary development as a nation in this Fourth Republic, since 1999, is that during the 16 years of PDP tenure, processes of respecting political agreements within the PDP have been mismanaged and undermined.

“With the emergence of our party, APC, in 2013, our leaders were able to skillfully handle negotiations for leadership based on strategic consideration of winning the votes of Nigerians.

“All discussions of resolving Nigeria’s challenges then become about voting out the President and his party right from the day he is inaugurated.

“Unless and until Nigerian politics is developed in such a way that elections go beyond who emerges as a leader, which happens only every four years, to the point when it is expanded to include engagements between leaders and citizens to contract support for initiatives being taken or to be taken to address challenges, national unity may continue to elude us as a nation and problems of avoidable conflicts leading to loss of lives and property will continue to confront the country