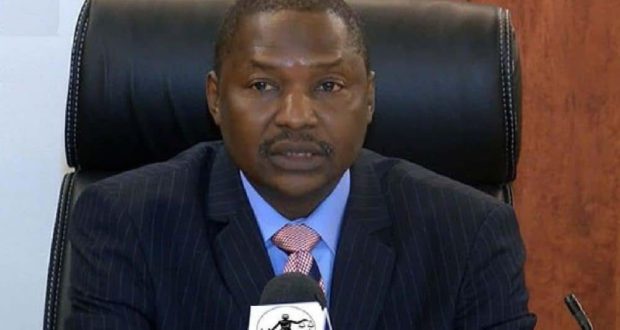 $62.197bn Debt Recovery: I am not interested in ‘sharing’ any percentage with recovery agents- Malami

Minister of Justice and Attorney-General of the Federation, Abubakar Malami (SAN) has said that he doesn’t have any ulterior motive in the pressure being mounted on oil companies to pay up $62.197bn arrears of their indebtedness to Nigeria.

According to Malami, he does not need a dime from any agent as he was not interested in sharing any percentage with recovery agent.

Speaking through his aide, Umar Jubril Gwandu, the minister said that the issue of percentage can only be determined by the Ministry of Finance.

The statement reads, “It has never been the tradition of the Attorney-General of the Federation to demand much less accepting a kobo on matters relating to such engagements and conduct of his official duties.

“Multiple agents were overtime engaged in that respect without pecuniary consideration.

“The function exclusively vested in Federal Ministry of Finance which has the right to vet, confirm and interrogate issues before any payment is made.

“And payments are made upon recovery, directly to the recovery agent and not to the Office of Attorney-General.”