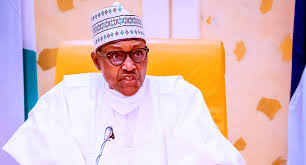 Abroad based Nigerian should succeed Buhari in 2023- APC South Africa

The All Progressive Congress APC, South African chapter says it is hopeful that a Nigerian from the diaspora would succeed President Muhammadu Buhari in 2023.

The statement was made by Bola Babarinde, Chairman of APC in South Africa,  after Philip Idaewor, Chairman of Forum of APC Diaspora, declared his intention to run for Nigeria’s presidency in 2023.

It will be recalled that Idaewor, Chairman of APC in the UK, made his intention known via a zoom conference of his campaign group and media on Sunday.

Babarinde, while speaking with newsmen on Tuesday in Lagos, said the party needed a candidate that had lived abroad and understood what good governance was all about.

He added that the Chairmen of Diaspora chapters are deliberating on ways to contribute to the development of the party and Nigeria.

“We are deliberating on someone that will carry ordinary Nigerians along, someone that believes in the federation and not the present unitary system we are practising due to our faulty constitution.

“We are very serious in making the real change happen and not just as a slogan,” Babarinde said.

On the APC National Convention, Babarinde said the Gov. Mai Mala-Buni-led Caretaker and Extra-Ordinary Convention Planning Committee (CECPC), was not carrying the diaspora chapters along as expected.

“Presently, no relationship between APC Caretaker Committee and most, if not all, of the diaspora chapters; no direct information to us.

“It is also very difficult to communicate with the CECPC, no clear line of communication for now.

“We are not sure of the plans of the caretaker committee for us in the Diaspora,” he added.

Previous: I will fight like lion to ensure Tinubu emerge President in 2023- Kano governoship aspirant
Next: 2023: Akeredolu lacks moral to talk about zoning- APC chieftain