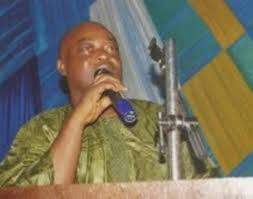 Former National Publicity Secretary of the defunct New Peoples Democratic Party, nPDP, Chief Eze Chukwuemeka Eze, has said that efforts being made by Festus Keyamo and others to bring back Adams Oshiomohle led APC NWC would fail.

According to him, the 1999 constitution does not controvert the position of Mai Buni as Chairman of an ad-hoc committe of APC.

Eze lamented that Keyamo and the others were trying to “resuscitate the dead National Working Committee of Adams Oshiomhole which bad situation cannot be remedied in this dispensation considering the seriousness of the times,” adding that “This plot is dead on arrival.”

Eze, a political ally of the minister of transportation, Chibuike Amaechi, said it was necessary to correct the wrong analysis of  Keyamo and his co-travelers.

Eze berated the party chieftains for holding such opinion and making a quick kick in a manner that, according to him, lacked restraint and careful discernment.

The APC chieftain pointed out that section of the Constitution being relied upon by Keyamo and others does not controvert the position of Buni as Chairman of an ad-hoc committee of the party.

He explained that this is given that the nature of the position Buni holds does not fall in the referred category and “thus, is obviously an implied fundamental exception to whatever meaning and interpretation that could be ascribed thereto,” he said.

Furthermore, Eze pointed out that the party’s Director of Legal Services, Dare Oketade Esq., had made it very clear during cross-examination in Jegede v Akeredolu, that as C/ECPC Chairman of the APC, Buni’s engagement is neither executive nor salaried and thus does not offend the spirit of Section 183 as is being speculated.

He hailed the APC for ignoring what he described as the “careless misstatements of political desperados who are plotting to plunge the APC into crisis in a bid to frustrate and make nonsense the efforts of the Buni’s committee in restoring sanity and repositioning the party for better electoral results.”

Previous: Sanwo-Olu charges newly elected council bosses on excellent performance
Next: Atiku to PDP: We don’t need crisis now, Nigerians want us to take over in 2023