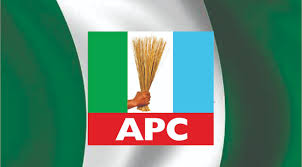 The ruling All Progressives Congress (APC) has appointed the Governors of Lagos and Kwara, Babajide Sanwo-Olu and Abdulrazaq Abdulrahman to lead reconciliation efforts in Anambra.

It should be noted that there has been dispute over the outcome of the June 26 primary election which took place at Golden Tulip Hotel, Agulu Lake in Awka.

The Governor of Ogun, Dapo Abiodun chaired the committee where Andy Uba defeated 13 other aspirants to emerge as the flagbearer.

In a statement, APC National Secretary, John Akpan Udoedehe said Sanwo-Olu and Abdulrazaq were tasked with the onus of  unifying and strengthen the party ahead of November 6 election.

Their mission is to  bring together all the aspirants and their supporters to join the campaign and achieve victory.

The ruling party  charged the governors to ensure feuding parties closed ranks and help the APC to defeat candidates of other political platforms.

“We look forward to a unified front and a shared commitment to support the party before, during and after the election”, Udoedehe noted.

Previous: 2023 Presidency: I will back down if APC zones ticket to south- Yerima
Next: ACF reacts to the death of ex-Kaduna gov, Bantex