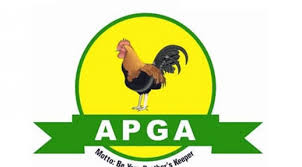 The All Progressives Grand Alliance (APGA) has called on the Independent National Electoral Commission (INEC)  to rescind its plan to store non-sensitive materials for the November 6 Anambra State governorship election in Owerri, Imo State capital.

The statement was issued by the National Publicity Secretary of the party, Barrister Tex Okechukwu, and sent to newsmen on Thursday,

APGA queried the reason for taking such materials to Owerri when it could use the facilities of the Central Bank, Awka or other neighbouring states such as Delta and Enugu to store the materials.

According to APGA in the statement, “It would be a huge disappointment and disgrace for INEC to do anything that would tarnish its image as posterity will not forgive its leadership if it should fall to the pressure to rig the election.”

The APGA National Working Committee (NWC) urged the electoral umpire to maintain the same parameters it used for the conduct of the Edo governorship election as doing so would enable it to write itself into the annals of the country.

It further called on the people of Anambra to remain vigilant and resist any subterranean plot to compromise the November 6, 2021 governorship election in the state.

Previous: We are working round the clock to solve PDP crisis- Governors
Next: Ogun: Why gov Abiodun should be voted out- NNPP