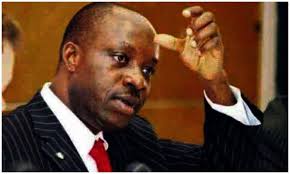 Ex-National Chairman of the All Progressives Grand Alliance (APGA), Senator Victor Umeh, has said that the legal battle instigated against the candidature of Professor Chukwuma Soludo was only meant to derail his campaign, noting that it won’t succeed.

Speaking to newsmen,  Umeh, a member of Soludo campaign organization, said that Court of Appeal, Kano Division, which yesterday affirmed that Dr Victor Oye, not Mr Jude Okeke was the authentic chairman of the APGA.

According to him, the judgment of the Court of Appeal was without flaws, and that all along the party had never wavered about the authenticity of Oye’s leadership of the party.

“We were convinced that the High Court judgment of Burnin Kudu in Jigawa State should have been a nullity, but some people including the INEC used it to torment us.

“Not only has the judiciary redeemed itself, it has also shown that it is the hope of the people. Nothing in that judgement(Jigawa State) should be allowed to be alive. The judges of the Court of Appeal were thorough and there was no flaw in it.

“With this judgement, we have now rebounded. Previously we had said Soludo will contest and it has come to pass. He is our candidate and the person that the party nominated. As the chairman of peace and reconciliation committee in our party, I want to call on Umeoji to come over to the party.

“We supported him when it was necessary to support him, but now the party has resolved that another person should be the candidate, and we are calling on him to come back. We are not seeing him as being defeated, rather we are calling on him not to strain himself further by going to the Supreme Court.”

Umeh said save for the way Umeoji and his supporters carried along, losing an election should not have been an issue.

“We saw the judgement coming, and it was based on sound principles of law. The attempt was simply to derail the momentum of APGA, but the judiciary has intervened. Let’s not lend credence to non existing problems. Oye leadership has been in place all the time, and will always be.”

According to him, there was no doubt that Soludo would be elected as the next governor of Anambra State.

He added that APGA has been consistent in offering good leadership to Anambra people.

“Anambra people should understand why they should vote for APGA. We have solid achievements here in the state and I don’t see why any sensible person would want to vote out APGA. APGA may not have made everybody happy, but I can score APGA 85 percent.

“As for Umeoji and his people, it is normal for them not to want to accept defeat, but in the coming days the reality will dawn on him. We are offering him the opportunity to return to the party, else he would look back one day and not see his supporters,” Umeh said.