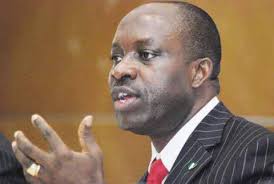 There was jubilation in Anambra State, especially among government officials, over the enlisting of former Central Bank Governor, Prof Chukwuma Soludo, as candidate of the All Progressives Grand Alliance (APGA) for the forthcoming governorship election.

It was learnt that the Independent National Electoral Commission (INEC), after a meeting in Abuja on Thursday, while citing the judgement of the Court of Appeals in Kano, included Soludo’s name on the list.

At Aroma Junction in Awka, some appointees of the Anambra State governor were seen jubilating, over the inclusion of Soludo’s name in the list of candidates.

A special assistant to the governor on media, Mr Chidiebele Obika described the news as the best news of the year. He said it is a good omen for the party, coming just a day to the inauguration of the campaign council of the APGA.

“This is to show that God’s hand is in this project. Tomorrow (Friday), the APGA campaign council headed by the governor, Chief Willie Obiano will be inaugurated. This is a heartwarming news.”