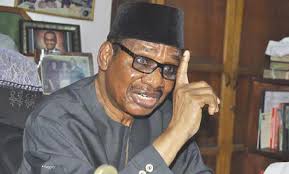 A renowned professor of law, Itse Sagay (SAN), has called on security agencies to bring to justice anyone plotting to remove the president illegally.

Acccording to him, Nigerians have the right to criticise the president, but condemned any attempt at illegal power takeover.

He told said “If any activity involves a breach of the law, then it should be dealt with in that manner. They (those behind it) should be brought to justice.

“Anything that creates untidiness in succession to power at that level can cause chaos and anarchy in the country and will result in a lot of bloodshed and death.

“Anyone caught trying to remove the president illegally and clandestinely outside the constitutional provisions deserves a very stern action by the law enforcement agencies.

“Anyone can criticise the President if they feel he is not doing his job effectively, but criticism must not constitute clandestine removal.

“For instance, if all the insecurity is part of a move by people to destabilise the country and give the impression that Nigeria is ungovernable under the president, therefore, an unconstitutional measure should be introduced to remove him, that is unacceptable, otherwise he should be criticised by anybody who feels he is not effectively dealing with the security situation in the country, and there is nothing wrong in that.”

Previous: Governors are lying, they are in charge of police- Onochie
Next: Imo Crisis: PDP Chairman warns Uzodinma against politiical witch-hunt