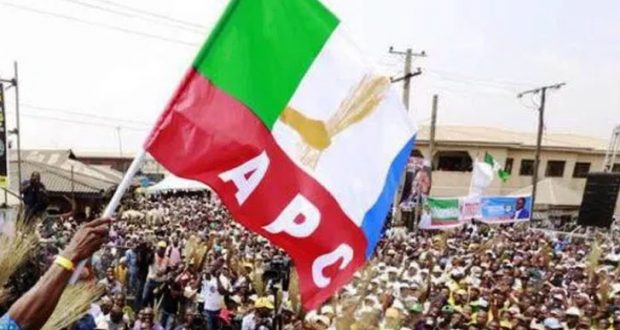 According to the ruling party, the move has added  his “lofty credentials’’.

The statement was disclosed by its Publicity Secretary, Mr Seye Oladejo, on Wednesday night.

The party added that those spreading falsehood about the proposal  were “enemies of the state’’.

In a statement entitled: “Re- The truth behind Sanwo-Olu’s proposed cancellation of pension pay to Tinubu, Fashola and Ambode”, Oladejo described as false the claim that Sanwo-Olu’s plan to borrow money from the capital market necessitated the move.

“The governor of Lagos State, Mr Babajide Sanwo-Olu, while dropping the hint about the repeal made it explicitly clear that it was a move to cut the cost of governance and show sincere political will to re-order the priorities of government in the face of current realities.

“The move, which has been widely applauded by a cross section of well-meaning people, actually jolted the enemies of progress,” Oladejo said.

The APC spokesman alleged that the misinformation and falsehood is part of bitter politics,

According to him, the government was making effort  to lead from the front while totally upholding the public trust.

Oladejo said: “The governor, typical of his administration, consulted far and wide before arriving at the decision to repeal the public officers’ pension law for our collective good.

“We commend his exemplary courage which has added to his lofty credentials. Since inception, the Sanwo-Olu administration has focused on cost saving measures to make funds available for important projects.

“The deliberate refusal of the governor to acquire official vehicles and the low-priced brands allocated to high ranking state officials were moves in the right direction.

“While we encourage opposition as part of the development of our democratic culture, deliberate falsehoods and outright lies do not represent the quality of minds that our people deserve and are not the kind of culture we want our children to imbibe,” the APC spokesman said.

“It is expedient to state that the circular issued by Nigeria Pension Commission in January 2020 to Lagos was basically on queries relating to operational differences between the Pension Reform Act of 2004 and the Lagos State Pension Reform Law 2007.

“It had nothing to do with pensions to Governor’s or their deputies, Oladejo said

Previous: Ex-governors’ Pensions: Don’t compare me to Sanwo-Olu, says gov Okowa
Next: All set for inauguration of Gov Obaseki (pictures)