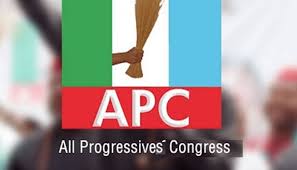 APC will win Kano by hook or by crook-Chairman

Chairman of the All Progressives Congress (APC) in Kano State, Alhaji Abdullahi Abbas made a shocking statement on Wednesday as regards the upcoming gubernatorial election in the state.

In a statement, he said that  nothing would stop the party from winning the forthcoming election, adding that the capture the state “either by hook or crook”

He issued this remark during the flag off the party’s gubernatorial campaign held in Gaya on Wednesday.

According to him,  APC being the party leading the state, nobody should think it can be defeated under whatever guise.

Abass added that, “Gaya, as you know, is the home of APC. No political party can match our strength and our clout. We are determined to take the bull by the horn in maintaining our dominance. Gawuna is our candidate and is going to be the next governor of Kano state.”

He, however, stated that APC’s acceptability and reverence in Kano State is never in doubt and the party is surrounded by men and women of great wisdom.

Speking in the same vein, the APC gubernatorial candidate who is also the Deputy Governor, Dr Nasiru Gawuna, said he is fully prepared for the battle ahead, knowing that he has the firm support of Governor Abdullahi Ganduje and all those calling the shots in the party.

“I want to believe that my destiny is in the hands of God and that I have no iota of doubt with God’s will, nothing would stop me from winning the race. Our party still remains formidable and vibrant and we are also willing to remain steadfast in face of all odds,” he added.

Previous: I am a chieftain of APC, but I will support Atiku- Babachir Lawal
Next: Court strikes out suit seeking to invalidate Tinubu’s candidacy