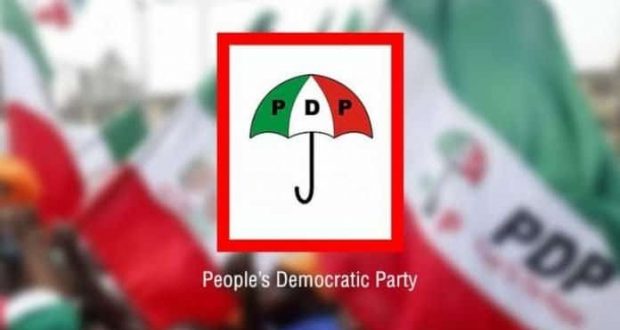 Following the National Executive Council’s  dissolution of all structures of APC at the ward, state, zonal and national levels, the main opposition, the Peoples Democratic Party, PDP has called on the electoral umpire, the Independent National Electoral Commission to immediately declare all legislative seats occupied by ruling party vacant.

The startling reaction to the outcome of APC meeting was made by PDP’s National Publicity Secretary, Kola Ologbondiyan in a statement.

In a lengthy state he titled, ‘PDP Congratulates Nigerians as APC, Their Tormentor, Finally Fizzles’ also asked INEC to deregister APC,” the PDP image handler said that Nigerians should be happy that their tormentors for five years have gone into extinction.

The statement: “The Peoples Democratic Party congratulates Nigerians across the country, as their tormentor for five years, the All Progressives Congress, has finally dissolved out of our political firmament.

“The party said the APC, being overburdened by the weight of failure, humongous corruption as well as the plagues of economic recession, violence, killings and hardship it has brought to our people, forcefully exited itself from the nation’s political firmament by dissolving all its national, zonal and state structures.

“With this exit, December 8, 2020 has gone into the history of our nation as liberation day, especially given the spontaneous jubilation by Nigerians over this step towards political oblivion by a political party that has brought so much pain on them.

“Now that the APC has become defunct, the PDP invites the Independent National Electoral Commission to officially deregister the APC and recall its certificate of registration, given that it no longer has operational structures as required by law.

“In the same vein, INEC should immediately declare the seat of all lawmakers elected on the platform of APC at the federal and state levels as vacant and commence the process of bye-election to fill the seats, as required by law.

“Furthermore, government agencies, civil society organizations, as well as the international community, should immediately gazette the APC as a defunct political organization in our country.

“Nevertheless, the PDP invites all leaders of the fizzled APC to get ready to answer Nigerians for their misdeeds, and not to think they can get away with their atrocities by forming or joining another political party.”